Your doctor may conduct a rudimentary test before referring you on to an ear, nose and throat clinic which can work out if a hearing aid is appropriate. Ear examinations are conducted for all sorts of reasons, such as looking for foreign bodies in the ear canal or because of dizziness that may have been felt. However, one of the chief reasons to go for an aural examination with a medical professional is, of course, due to a perception in hearing loss. What should you expect?

Firstly, there are three main ways that hearing tests are conducted in the country. Other methods are possible, but let's focus on the most common ones, outlined below.

Sometimes simply called PTA, pure tone audiometry is a way of testing the hearing of both ears at the same time. During the hearing test, a device known as an audiometer is utilised. This produces sounds which are set at a number of precise volumes. When the test is underway, the machine bleeps or whistles, becoming increasingly quieter until you can no longer perceive them. This way, the level of hearing is able to be measured.

The test is repeated multiple times with different frequencies of pitch being played via headphones. For the test to give a thorough level of understanding about your ability to hear, the point at which you can no longer detect a sound is recorded for each level of pitch. Some people are more responsive at lower frequency sounds than higher ones, for example. In order for the test to work, you must respond that you can detect a sound by silently pressing a button.

In some cases, a speech perception test may involve words being played back via headphones at a controlled volume, but it also possible for the tester to simply speak to you. In a speech perception test, which is also referred to as a speech discrimination test by some professionals, you are tested on the sort of speech understanding you have from aural stimuli alone. As such, you will not have the help of being able to see the face of the person speaking to you. All visual information is removed for the test. Many examinations of this type will also mean that you have to listen to the words being spoken while there is some background noise that replicates real-life situations more accurately but in a fully controlled way.

During a tympanometry test, a tiny plastic bung seals your ear so that the level of air pressure in the ear canal can be controlled. A machine either raises or lowers the pressure inside your ear which has an impact on the ear drum itself. The test can be used to work out whether there anything, such as fluid, behind the eardrum. If so, this may indicate that your Eustachian tube isn't functioning properly. In many cases, Eustachian tubes which don't work normally lead to hearing loss which might mean that hearing aids are required. 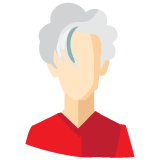 Hello, my name is Maggie and I live in Queensland, Australia. When I was younger, I was always as fit as a fiddle. I would run marathons and go swimming in the sea. However, as I got older, I started to notice that I couldn't quite do what I used to. I started to get aches and pains in my back whenever I tried to exercise. My friend suggested I see the doctor and he sent me to the local health care clinic. The specialist there was able to identify the problem and he provided some fantastic treatment. He also gave me some great advice about staying healthy in old age, so I decided to start this blog.